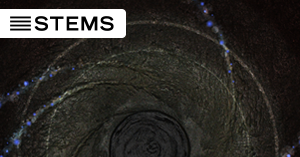 After the release of the song “Onirica” in Stems version, Pier Naline was interviewed by “Symphonic Distribution” (an US based ditribution company) about the impact of Stems format on DJing and EDM music production.

Here below the full interview that has been published in 2017 on SD music blog.

Why do you think mixing in Stems are a part of the natural progression of DJing and what other ways do you think Stems will shape the Music industry outside of DJing?

First of all I would like to provide my general opinion and understanding (so far) of Stem world and possibilities. I think that linking Stems only to DJing world or seeing it as an innovation only from the point of view of “how to Play music” is somehow limited vision. As a music producer, I believe Stem is bringing innovation in music creation as well, a new philosophy of music production and distribution. Stems provide “new possibilities” to a wider range of levels and people involved in the music industry, from producers to DJs down to the final music listener.

By saying new possibilities from producer point of view I mean a new way of providing music to DJs and final users; from DJs point of view a new way of playing music and perform live. Back again to producers, a new instrument useful to create remixes and mashups of any project.

In the natural evolution or progression of music, we all know what happened when stereo files made their appearance. It was a new way to provide songs to end users or DJs. New methods and distribution channels as well as a new concept of selling and buying music made their appearance. DJs discontinued contracts with gyms since they had to carry nothing more than a PC or a USB key to have them music for a full night DJing session, instead of a suitcase full of vinyl records.

Stems is adding a plus alpha especially to EDM and dance music world exactly as is happened when vinyl records lost their monopoly. Anyway, a “revolution” or more easily saying the upcoming of a new way does not mean that new takes it all and “past way” is suddenly abandoned or forgot. Vinyl record is the proof, their market still exists and nostalgic DJs don’t want to get rid of their valuable treasure or a “vintage and romantic” way of playing and mixing.

My spirit and character is open to new ideas and having seen benefits in what it can bring, I not only “tried” immediately the distribution of Stems but I personally think that Stems, meaning its features and possibilities, will definitely become a tool I will consider more and more for the production and distribution of my music projects from now on.

This is the reason why in 2016 I decided to release one of my first projects “Onirica” both in traditional “wav” stereo file format and in Stem format. So far, not all DJs’ consolles are Stems ready so I decided to sell both versions. One purpose was definitely to check the difference in sales result. Again, I am quite sure something very close to shift from “vinyl records” to CD and then to stereo files is happening: transition will be increasing and progressive but old formats will not be totally replaced.

From this first experience I could learn a lot and I could define some personal rules and targets, and understand more about the Stem world in terms of what I can provide as a producer and what more a DJ can get in comparison with traditional stereo files.

As a producer, I have many reasons why choosing creation and selling of Stems.

One reason is that I want to provide to DJs, that we can call “my users” or “my customers”, a project in a brand new format that allows the DJ himself to be more creative when playing my songs.  Different target is aiming at offering projects in Stem to capture the attention of other DJ producers: Stems allows an easy separation of vocals, drums or other melodic patterns that can used for remixes or mashups, even during live DJing session. Maybe we enter in too detailed and “slight” reasons but I can avoid the preparation of “Extended versions” of my songs just for the purpose of making “easy” for DJs the shift from one song to the next during live mixing.

I don’t want my song to be just a nice product ready for the “Play button”. I want my song to be enjoyed to the bone by people who love dancing and by DJs. DJ is my “player and speaker” to transfer my music and vibes to many people at once. So I want DJs to be allowed to freely play with my songs in such a way only Stems allow to do, to get an even better result when the same “Play button” is pushed.

I also noticed that demand of Stems, as a new trend, is increasing while product offer is limited. So I had some expectations from sales point of view as well and results are confirming my expectations. I must underline that Symphonic Distribution features a very intuitive and user friendly way to put Stems on sales on primary on-line digital marketplaces so it was an extremely easy process.

Judging Stems from a DJs point of view, I would like to go back to the concept and my personal intention not to release all songs in Stem format. I explain why. If I create a “complex and complete song” with very distinct and characteristic drums patterns, cool and self-standing bass line and unique and super-wow vocals, yes this definitely must go Stem. A DJ or a remixer can get a lot out of each single Stem part taken alone. But in case of “minimal EDM” with no vocals for instance, where it is even a problem for producer to identify and split the song into the four sub-track requested by Stem, what would be the point? What would be the fun for a DJ or what can DJ get after muting 2 or 3 sub-tracks out of 4? So this is why I traced a line for the future to distinguish what will go Stem and what not.

What are you doing to help grow the Stem format?

I think that producing Stems and make Stems available on the market is already a way to make Stem movement growing. I noticed that even with no promotion I could achieve sales and downloads.

As I explained I will release only good-for-Stem-songs under Stem format. Simply saying, some tracks may sound boring to start with, and splitting them into four gives nothing but even more boring constituent parts.

Let’s start from the fact that Stem package is slightly more expensive than a wav track. Then let’s take the case where a DJ buys a Stem product, say a “minimal dance” project, and DJ gets nothing interesting or stimulating from each portion of the song. Well, next time this DJ will think twice before buying a Stem song again. This would not contribute to the Stem expansion.

If you buy a traditional wav stereo file you can do the mistake of buying a “bad song”. But if you buy Stems, as a DJ you buy it because you want something more than a song to play plainly. So, and I talk to producers, let’s be selective on what to put on sales under Stem and what not: this will definitely help the growth of Stems world

Why do you think the younger generations are enthusiastic about Stems?

Younger generations are very receptive when “new things” or tools are released. New things are appealing just for the fact of being different, a new trend. But beside this, Stems offer something concrete behind the cover and really new in terms of potentiality: you can really get and do more with one project in comparison to a traditional stereo wave file. Stems is not only new, it is exciting and super cool because it actually gives you more gears.

In Dance & EDM production and DJing world we had many revolutions for everyone. Think about digital innovations such as multiple decks or keymixing, the sync button, and so on.

As a pure producer, I used to make fun of some DJs saying “is this really playing a song and do you get money for pushing Play?”. Well, I know that mixing technique and make people dance and enjoy requires more skills than the ability of using fingers to control your Dj consolle. Now if a DJ plays Stems, well, I will not be allowed to say it anymore, since somehow you can get so much out of Stems that I must admit even DJ are really playing Stems. So, in DJs shoes, I think you can really play songs and create new projects out of different projects. Creating my music is what makes me enthusiastic, so it should be the same also for a DJ.

I heard about a DJ that was trying this experiment of playing as many Stems as he could (!), and he said that he found himself “caught up in playing Stems instead of playing a DJ set finding live remixing a truly great fun!”

What do you say to those who are skeptical about the format or creating Stem content?

Really, is there anyone skeptical of Stem? This somehow makes me smile.

If you ask me if Stem will last forever, or if Stem will become a standard in music or if it is just a short-lasting trend, well, I don’t have the Crystal sphere.

I would not consider so much the opinion of someone being attracted or skeptical judging a trend from outside. Being inside the game, I don’t see any step-back or negative aspects in Stems but I see only some new potential both for producers and DJs. I can easily imagine someone is pointing out that “Oh, Stems goes under a certain brand so you have to buy a Stem-ready DJ consolle if you want to be part of this world”.  This is only partially true since first of all Stem is an open format and again many developers are working to produce Stem-ready consoles and so on. So far vinyl records, CDs and stereo files were coexisting in DJing world; now we simply have a newcomer, a new member that in the same way can coexist with the others, not forcing anyone to choose the new pattern if not willing or not finding it suitable or with additional merits.

(Interview to Pier Naline by R.Capelluto of Symphonic Distribution, 2017) 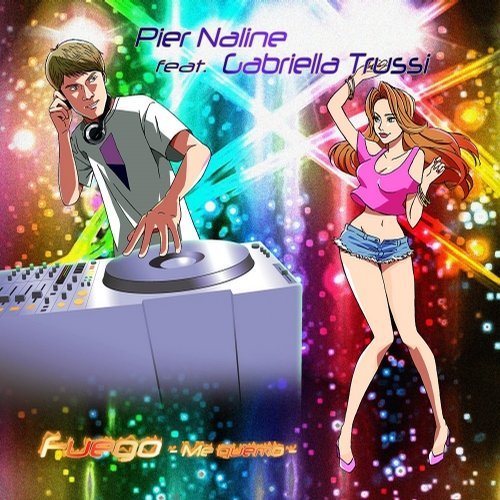 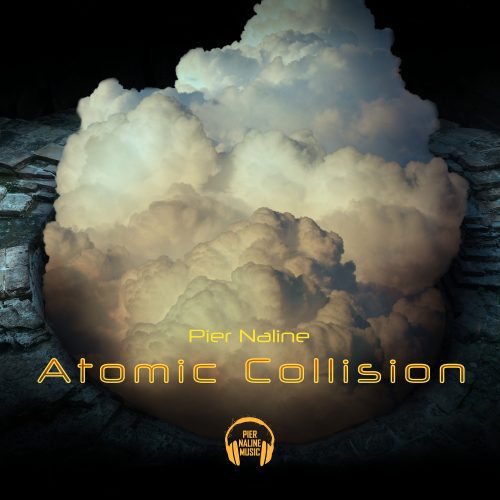 Forthcoming – “Atomic Collision” out on 11/5
Categories